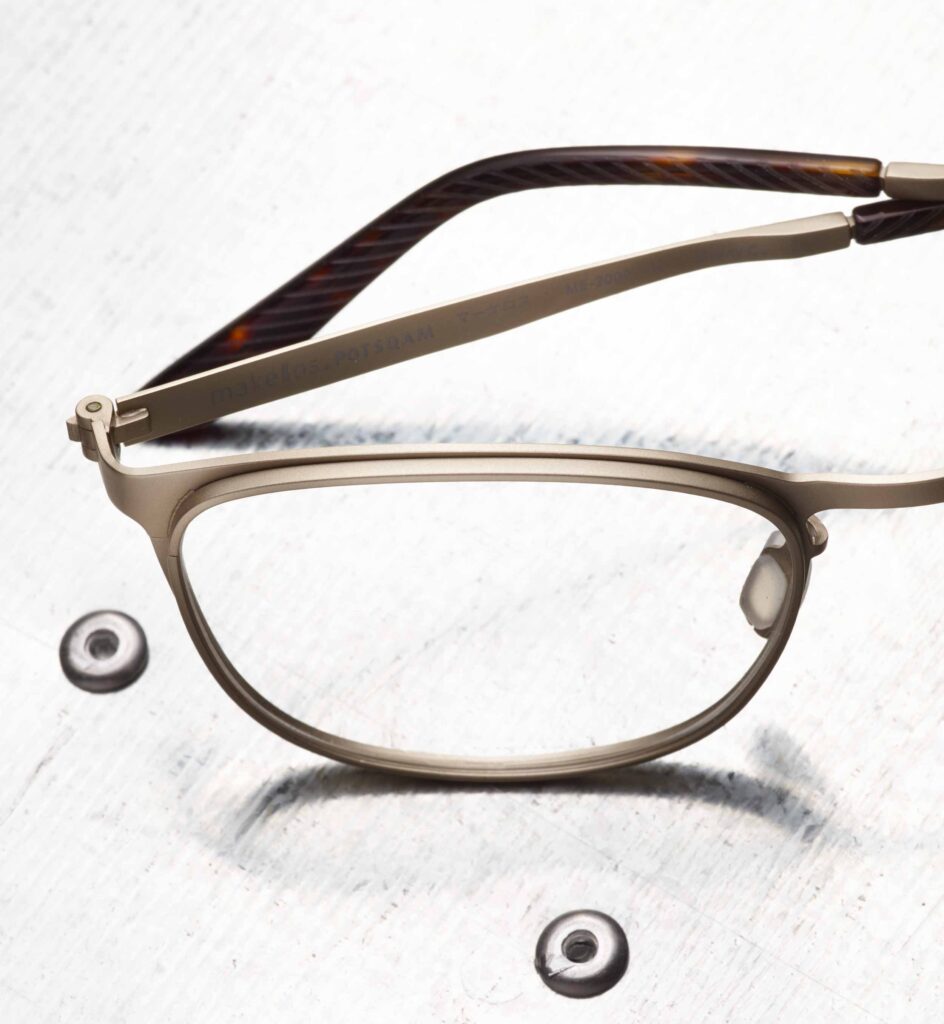 BACKFLIP FROM JAPAN TO GERMANY

[vc_row][vc_column width=”1/2″][vc_custom_heading text=”makellos.POTSDAM” font_container=”tag:h2|text_align:center” google_fonts=”font_family:Libre%20Baskerville%3Aregular%2Citalic%2C700|font_style:400%20regular%3A400%3Anormal”][vc_column_text]Established in 2011, quality eyewear label makellos.POTSDAM has made a name for itself with upscale frame designs, manufactured in Germany and Japan according to the highest standards. Now makellos.POTSDAM is raising the bar in eyewear design with a radically new concept: Their “Backflip” technology inverts the classic structure of lens bevels – turning the edge of the lenses inside out – and has hit retail in a titanium prescription frames collection. Company founder Thomas Akiyama tells the story behind Backflip in this issue’s Tech Talk.

Traditionally, eyewear designers have attached the lens bevels behind the front of the frame. It’s been done this way for decades. But why bow to tradition? Why not use the bevels as visible design elements instead of concealing them? In 2016, these questions were on the mind of Thomas Akiyama, founder of eyewear label makellos.POTSDAM and a true hybrid of two cultures with a German mother and a Japanese father. Looking for alternatives to the old way of mounting lenses, the designer felt inspired by the words of French poet Antoine de Saint-Exupéry: “Perfection is achieved, not when there is nothing more to add, but when there is nothing left to take away.”

In search of a highly reductionist approach, Thomas Akiyama drew on the Japanese part of his heritage: “The essence of a Japanese-inspired eyewear frame is a search for harmony and beauty. It’s marked by reduction, clarity, and balance. There is a lack of excessive decorations, the focus remains on essentials. The principle of Japanese understatement follows, much like the Scandinavian approach, the magic of reduction. It’s a design with enormous impact and long staying power.”

Reduced to the maximum, Backflip literally turns the established order upside down. On Backflip frames, the lens bevels are visible on the exterior, thereby transforming the front of the frame into a background element. Last year, makellos.POTSDAM released the first frames featuring the inverted principle with the highly limited »ZERO« aviator shades. The new design drew on classic inspirations, namely Japanese air force pilot shades as well as curvatures of Mitsubishi A6M1 airplanes from the 1930s. From a technical perspective, implementing a “flip” on lens attachment posed some challenges. “We needed to reevaluate conventional manufacturing processes. And create a new, intelligent design without affecting the balance of the frames,” said Thomas Akiyama.

What ultimately led to the breakthrough was the other half of Akiyama’s heritage: German design thinking. “Despite the enormous technical challenges, it was less about realizing technical innovations than creating a new design approach – which is indeed rather German.” With technical design sketches supplied by Munich-based designer Richard Rembs, the technology behind the Backflip collection is now mature enough to enter into serial production. In April 2017, the first collection of Backflip titanium frames hit retail. Developed in Germany, they are “manufactured according to Japanese cultural and craftsmanship tradition in Sabae,” said Thomas Akiyama about his collection that delivers the best of both worlds.