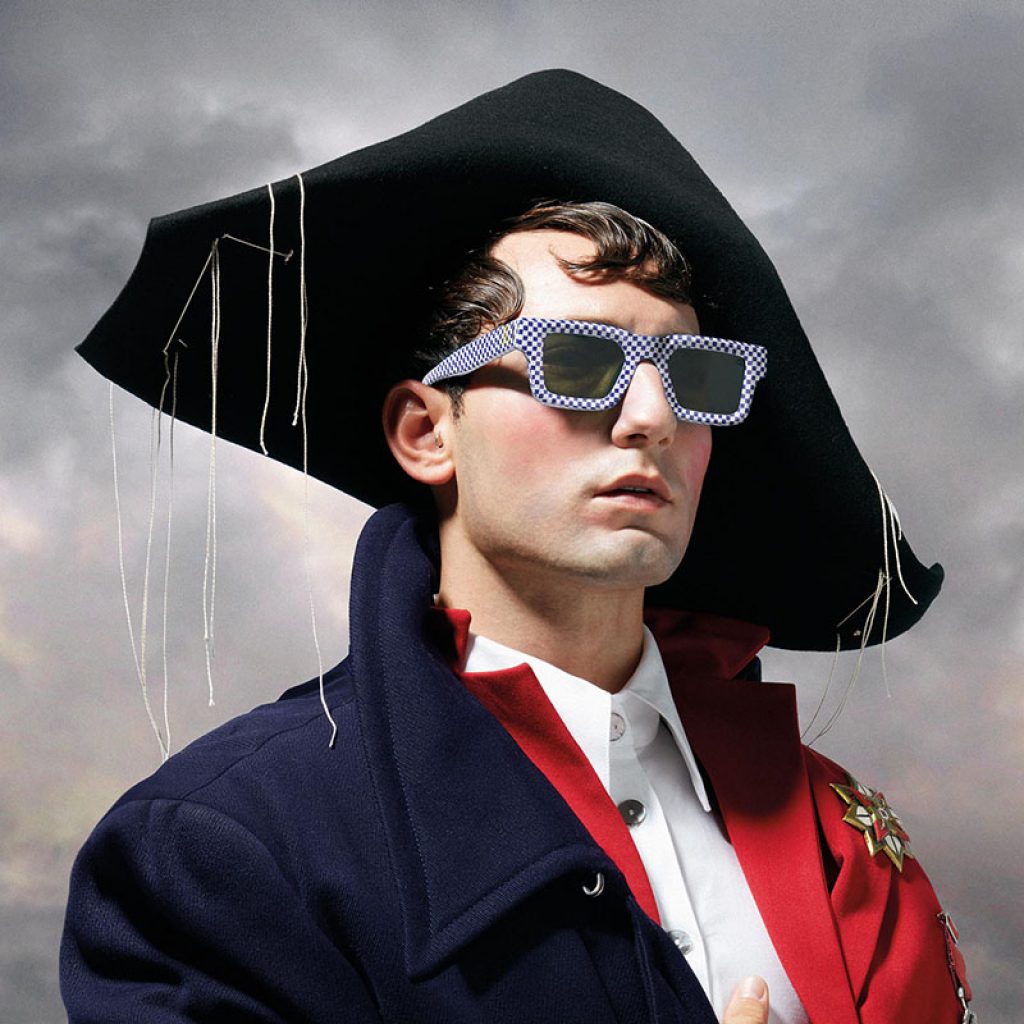 Spanish Brand ETNIA BARCELONA marks 20 years around the Sun. What a great opportunity to look back, stand still for a moment, reminisce and take pride in what’s been achieved so far. The brand that grew out of the rebelliousness of a guy who since 2001 challenges the very rules of the world, bold enough to ask “Why not?”, “Why on earth not?”. A questioning that has remained a constant over the last twenty years and has given them wings in terms of creativity, voicing their opinions and above all, safeguarding an intrinsic part of their DNA: Euphoria.

To mark 2 very prolific decades in which ETNIA has gained maturity without ever losing an ounce of their rebellious soul, the brand came up with a unique collection in which all the accumulated beauty of the past 20 years comes together. A patchwork of a visual diary that may live in the brand’s memories forever, placed in a state of atrophy by their eager desire to experience the future …the future as ETNIA sees it?

“It’s a sort of constant euphoria”,

Ever since, the word Euphoria came up, it really started to describe ETNIA to later define them, echoing through the halls of their creative minds, in either spoken or written form. Without “Euphoria” as a leitmotiv, they would never have been able to create with all these wonderful colours, nor would they have taken up art as their banner, they say. Travelling to Africa or Japan to find inspiration, hooking up with a garbage truck for a night-time tour of Manhattan to soak up the vibe that would later be transported into their frames.

Heritage celebrates and incorporates the values of the Barcelona brand. A tribute to the history of the brand, expressed as a collection created in the chess acetate Etnia first designed their 2006 collection. A collection brimming over with personality and crafted in natural 7 mm thick 3D Mazzucchelli acetate, bursting with colour, the kind of colours that paved the way to success for ETNIA BARCELONA 20 years ago. The blending of the chess design with yellows, blues, baby pinks or moss greens, offers unique combinations.

Layered acetates through which we see the inner “chess” soul, and temples that end in imposing earpiece blades, branded with a symbol created exclusively for each of the different models. The symbols can be an eye with rays of light, an eye with lashes, an eye and a pyramid, or an eye with false lashes, referencing the Anthony Burgess book on which the Stanley Kubrick film, “A clockwork Orange”, was based. Again, celebrating the relationship between the brand and the world of art and culture, with the most rebellious, boldest of artists. The four models of Heritage all carry HD colour mineral lenses which offer the wearer a unique visual experience in terms of colour and overall comfort, just as one has come to expect from the brand’s sunglass collections.

To go with this exciting Capsule, the campaign pays tribute to the most popular icons of the history of humanity – icons that have served to inspire the brand throughout its history. Icons that, if the brand had existed in their times, would surely have sported a pair of Etnia Barcelona glasses!

What a great way to go full circle. Besides honouring legendary icons with a special Anniversary Collection, ETNIA BARCELONA have upped the ante with a gorgeous packaging for the release of their collection. Anniversaries can be great opportunity to look back and inspire, but also to find yet new inspirations for the 20 years to come. We love Etnia for their endless creativity, but also for what they stand for and want to convey. So Feliz Cumpleanos from SPECTR and to many Years to come!