Etnia Barcelona is an Eyewear brand that has the overused “Thinking outside the Box” tag written all over them. Everything they do and touch is original and absolutely avantgard. Their campaigns always have a strong positioning and carry a message that goes beyond the eyewear collections they put out. And so, for this unique limited Edition Capsule Collection of Sunglasses, they chose no less than the Pop-Icon and trendsetter David Bowie. The David Bowie capsule pays its respects to two of his most beloved alter egos: the Glam era Ziggy Stardust and his sleek, shadow self The Thin White Duke. We had the chance to meet Product Manager Albert Grau and ask him 10 Questions about the line. 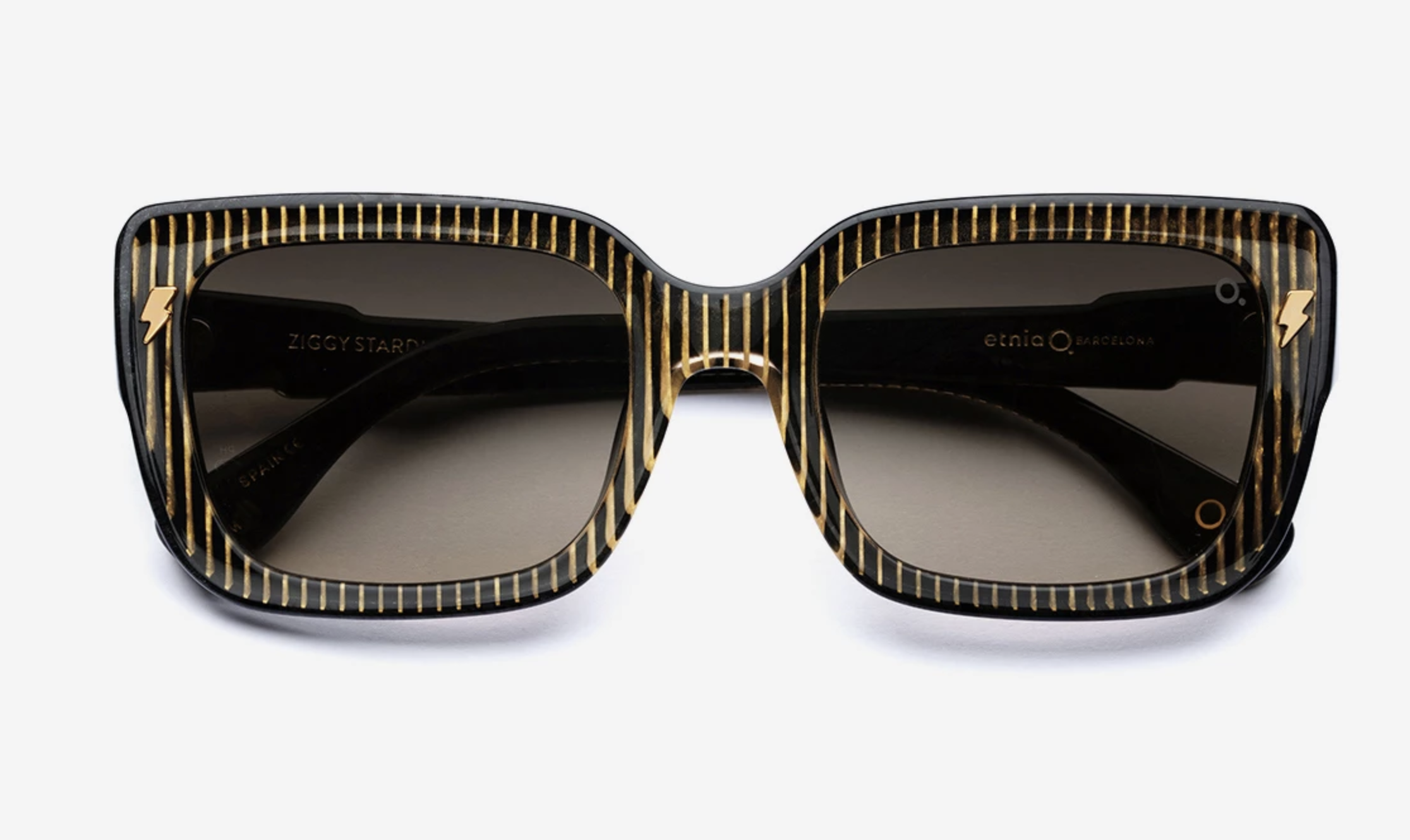 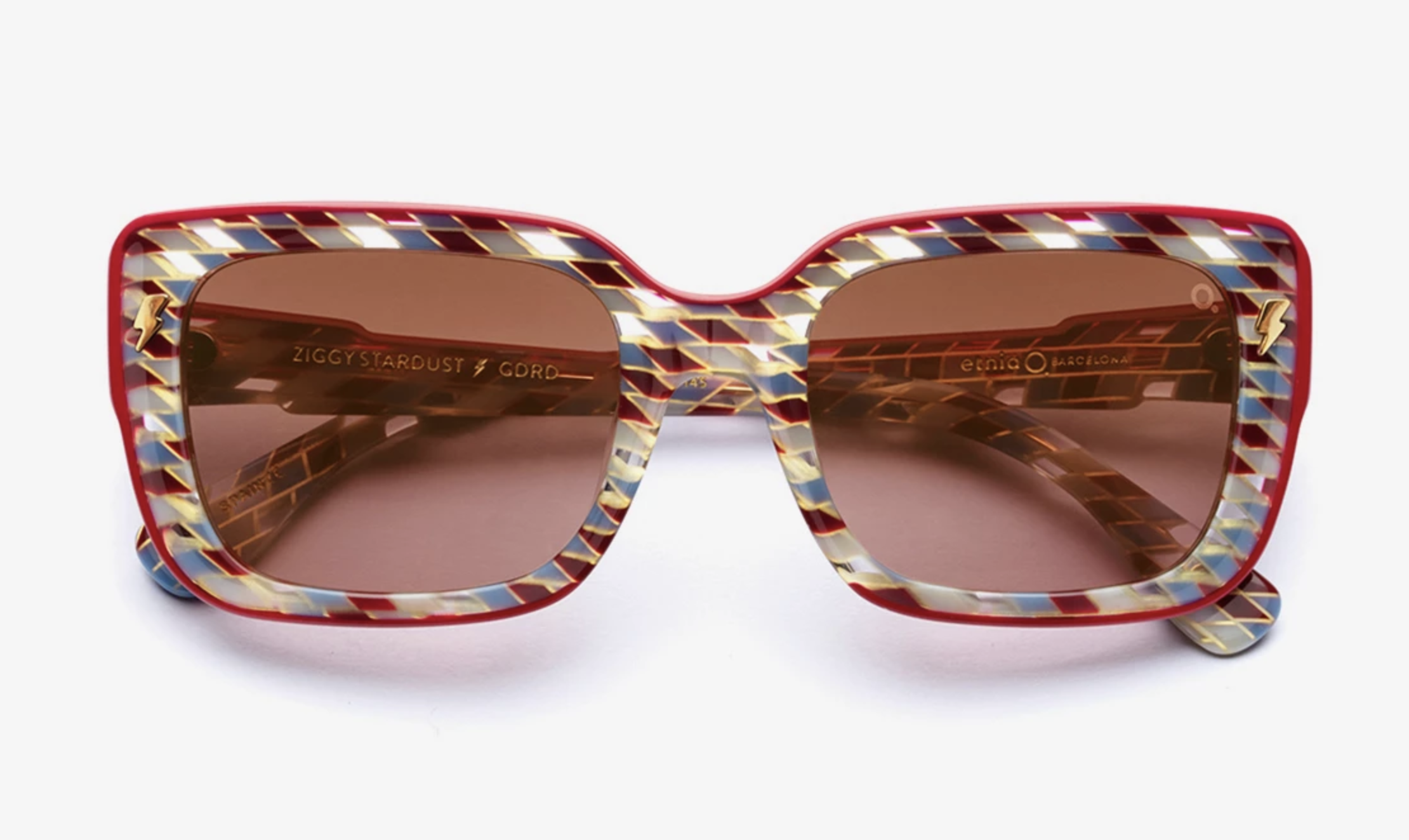 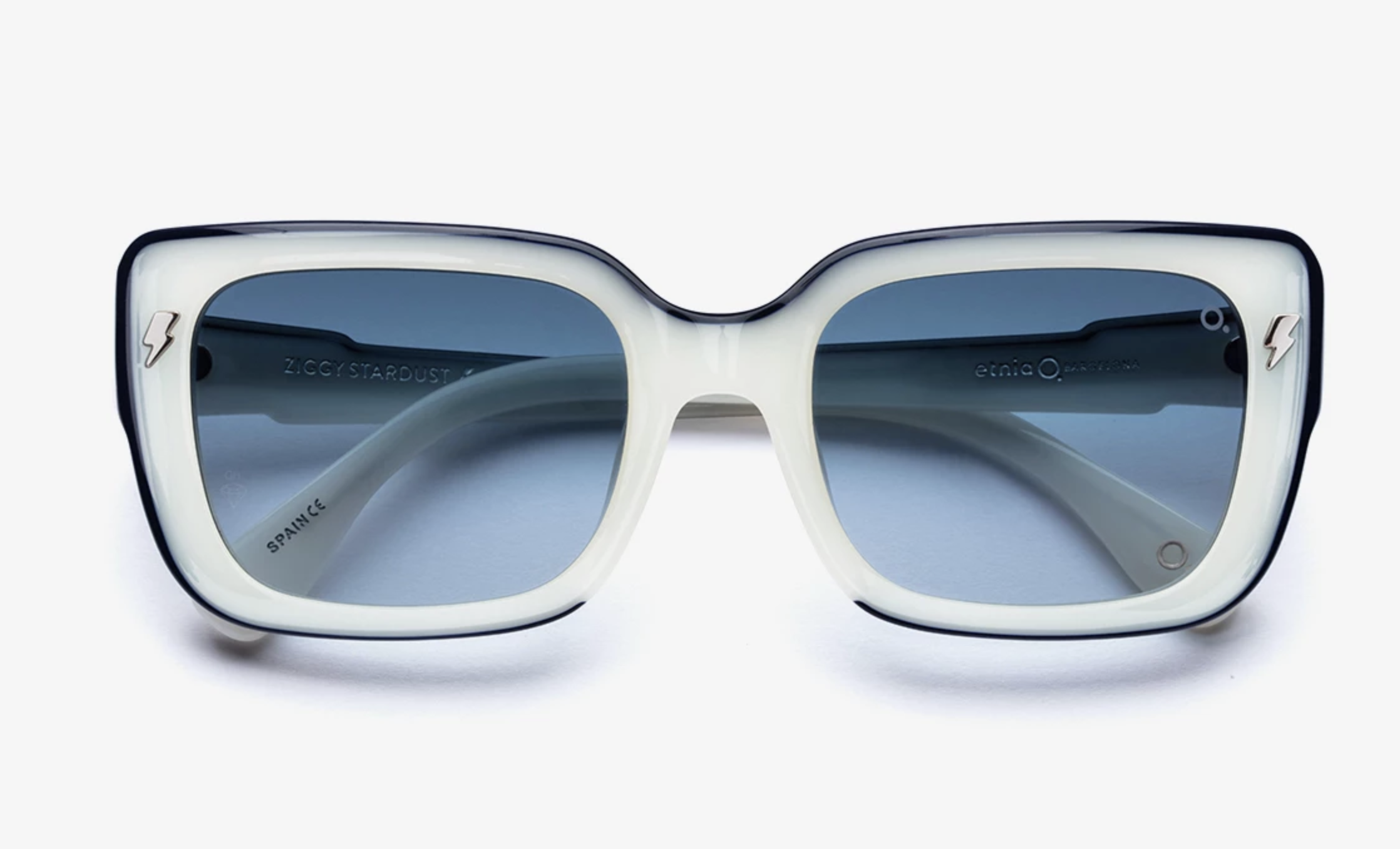 Hello Albert! We discovered the David Bowie Capsule Collection at Silmo and were blown away. First by the idea and then by the designs. How did the project come about?

We were thinking about which could be the next Capsule Collection. As you know we only make collaborations with artists that can represent with his work the same values of Etnia Barcelona. So David Bowie could be a great hit!

Are you a David Bowie Fan yourself?

Being sincere, at the beginning I wasn’t a David Bowie fan. I only heard his top hits on the radio. As the time passes and we were more close to David Bowie imagery to create the Capsule Collection I start to become a fan.

David Bowie was one of the most versatile and creative artists of his era. How did you choose the styles among all his crazy outfits?

We made a deep dive in his outfit styles searching which of them can be replicated in sunglasses. Especially in terms of patterns. All the walls were full of pictures of David Bowie. As you know we work with natural acetates and we don’t like to use cheap prints in our collections so we need to choose which of these patterns/styles could be replicated in acetate. At the end we get many possibilities and was very difficult to choose just a little.

Can you give a short statement about every frame?

The collection is composed by two models. The first one is inspired in Ziggy Stardust era. It’s a bold acetate frame inspired in the patterns that David Bowie uses in some of his styles. It’s made for the ones who dare! The second one is called The Thin White Duke and It’s the same metal frame that David Bowie wore in the movie “The Man Who Fell to Earth (1976)”.  This one is a smart and timeless shape for David Bowie fans.

There is also a special feature on the lense, tell us more!

Yes! When you exhale on the right lense a logo of an star with a thunderbolt inside appears. After the mist disappears lens stay being like a normal lens. This idea comes because we only use top class mineral lenses in our main collection. So we needed to make something special in the lenses of this capsule! We decide to make this effect because it’s unique in the world and because it’s something that Bowie fans will love.

Why do you think Etnia Barcelona was the right brand to release this Collection?

Well because Etnia Barcelona is irreverent, different, independent, full of colour, good quality, linked with artists, music, anarchic… Who would do it better? 😉

Is this Capsule a one of a kind or is there more to be expected?

Don’t worry… Are you ready for more?

Do you have a favorite among the 6 models? Why?

For me the model Ziggy Stardust GDRD. It’s not my style at all but it’s the most iconic of the collection. Also we had a lot of problems to develop this pair… Especially to achieve exactly the same red colour of the outfit. But we did it! We can say it’s a love / hate relationship!

What’s up next for you?

We are now developing the next capsule collection. It’s still a secret that I’m sure will blow your mind. Also I’m involved in a project in The Land of the Rising Sun.

Here are all the information about this Capsule Collection. 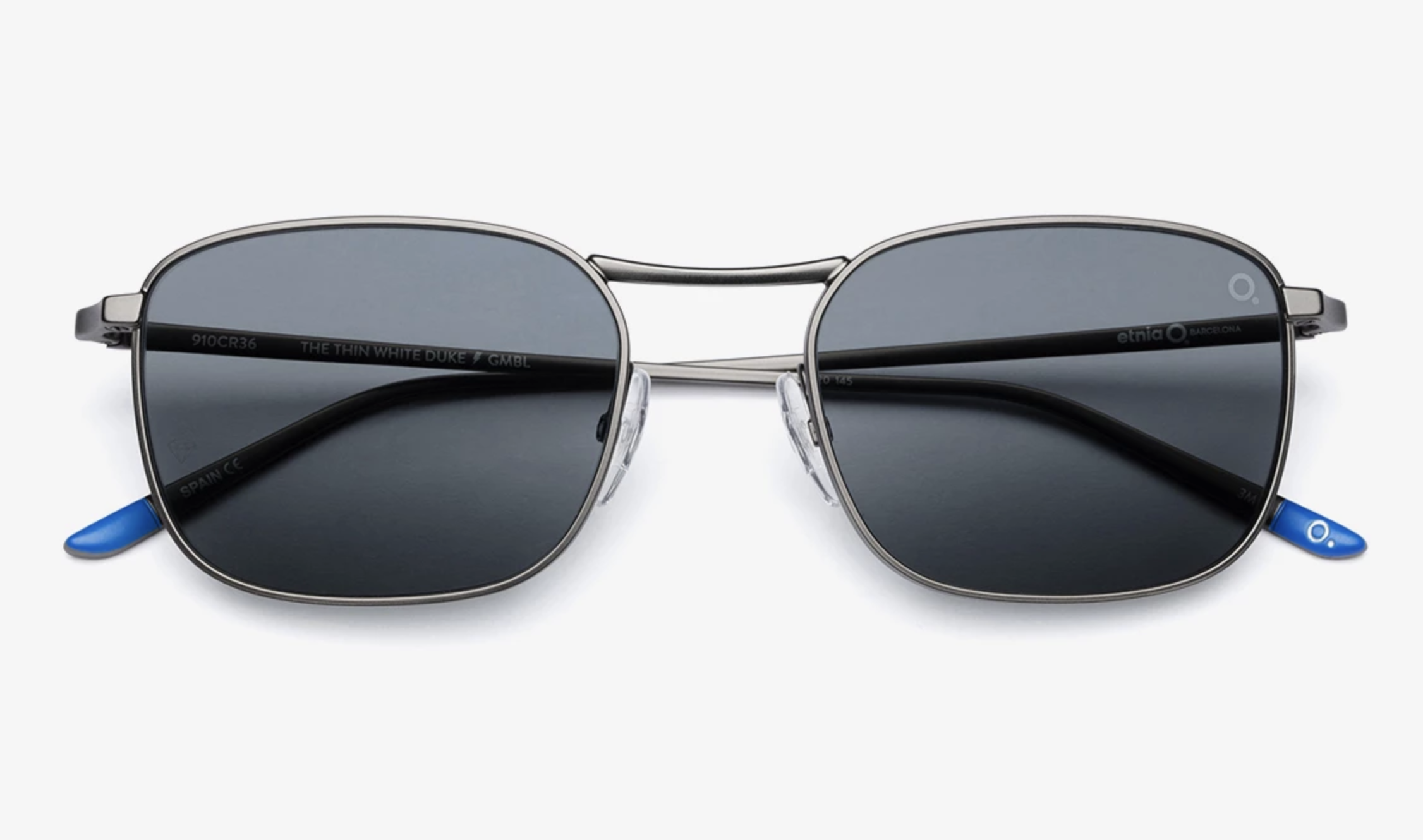 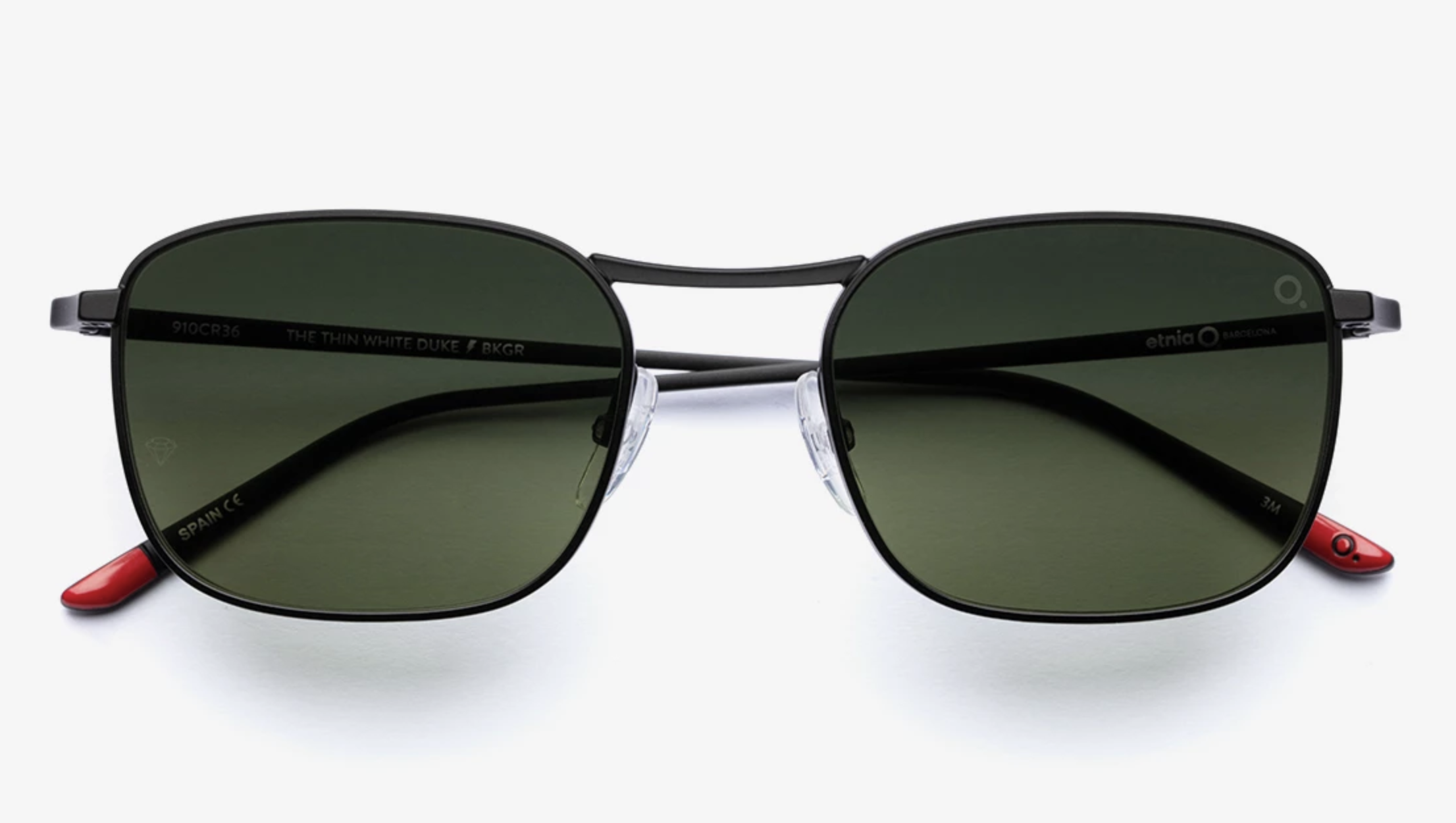 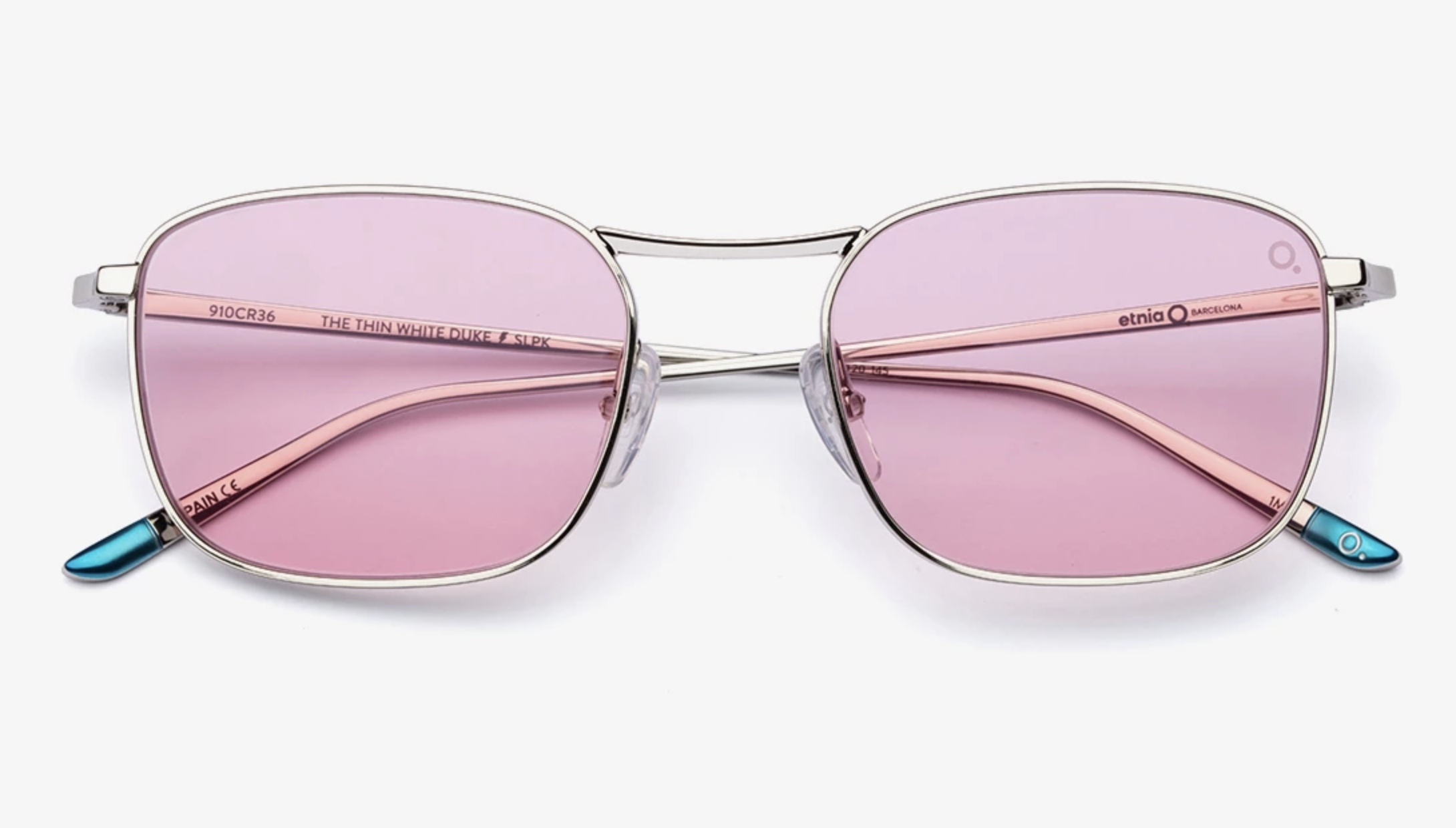 A David Bowie Tribute by Etnia Barcelona is available now at the brand’s flagship store in Barcelona and online.

COLLECTION SHOOT // INTERVIEW with ECO EYEWEARBrands, Eco, Editorials, Industry, Interviews, News, Packshots
We use cookies to ensure that we give you the best experience on our website. If you continue to use this site we will assume that you are happy with it.OkData Protection