Nothing rotten to report in the state of Denmark, just the opposite: Copenhagen-based brand Ørgreen will be celebrating a big anniversary this summer while constantly raising the bar with timeless and clean designs after 15 years in the industry. Founded by design enthusiasts Henrik Ørgreen, Tobias Wandrup and Gregers Fastrup, the label has emerged over the past few years from hot inside scoop to one of the leading tastemakers in the eyewear business. To no surprise, their most celebrated models – all of them handmade in Japan and shipped in a broad selection of colorways – are now available in 42 countries. High time for a status update with Henrik Ørgreen himself. 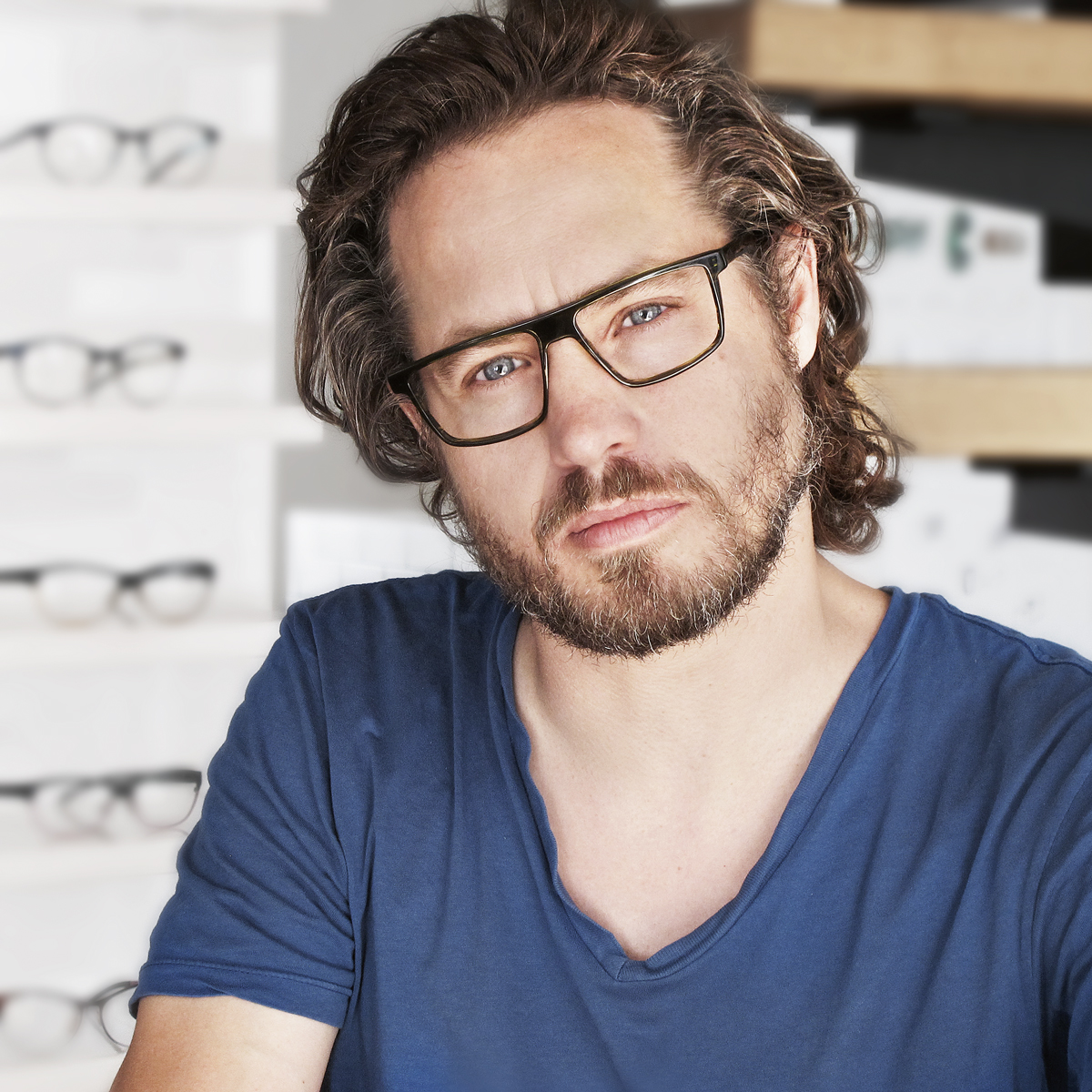 Henrik, what exactly is the founding story behind Ørgreen? I believe you were pursuing other things previously, right?
Yes, before that I was working for US company Arnette, which was highly successful in the sunglasses business in the 1990s.

Sure, I remember.
But when Arnette was sold to Bausch + Lomb, and soon later also on to Luxottica, I didn’t really know what to do with them anymore. To me, the brand had sold its soul. Since I didn’t want to work for a company that no longer was in it with all its heart, I was suddenly facing the question of what to do with myself from here on out. At the time, a former customer approached me with the idea of getting into the eyewear business – which I declined, however. But he kept asking me every few months, only to hear me turn him down. Finally, I ended up with the idea of creating my own sunglasses. I wanted to build the first sunglasses brand from Scandinavia!

And did you instantly get Tobias and Gregers on board?
Exactly. That must have been around June, July 1997, and when I told Tobias about my plan, he instantly agreed and wanted to be a part of it. Gregers had previously been working in the action sports segment, and he also never hesitated to decide it was Go Time! 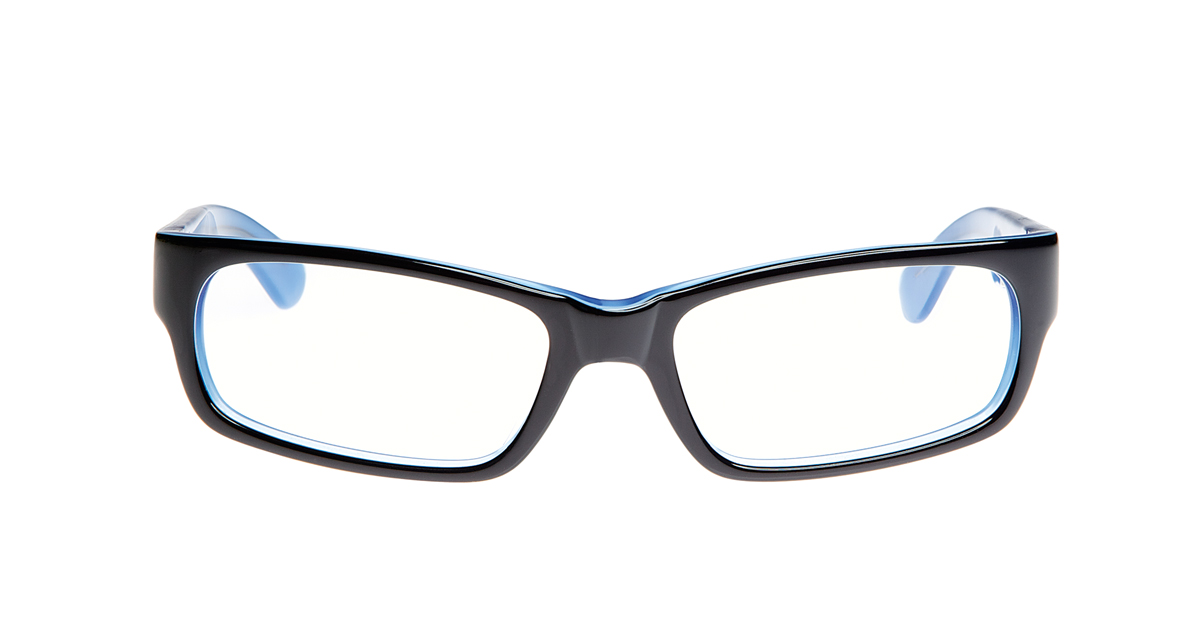 Quite a spontaneous leap of faith…
By all means. Although I did have experience in terms of sales, marketing and PR – and even a bit in terms of design. But developing our own sunglasses and producing them ourselves afterwards was completely uncharted territory.
developing your own sunglasses and producing them yourself afterwards was completely uncharted territory.

In how far has your entire approach changed in these 15 years since that fateful summer day in 1997?
I would say that back then we were mostly interested in being underground: We really did not care if a design would sell after all, or even if it fit well on our customers. Our priorities were being cool and being different. Over time, we also learned that you can only sell glasses if you produce a product that can be adapted to the individual customer’s wishes while fitting that distinct person’s face: including the entire shape, color and design. So we have matured a bit, if you will. And we learned that it’s better to offer a smaller number of glasses concepts in a variety of designs than overloading people with a multitude of countless different concepts. Instead, we also place high emphasis on making sure that our designs are perfect in every possible sense – and functionality is also a must for eyewear; a car with only three wheels is no good to anyone, either.

Is it always easy to combine your drive towards functionality with the aspiration to take eyewear design into a realm that is almost situated in the arts?
Honestly speaking, I really welcome the challenge to combine these two aspects. Over the past 15 years, not once did we opt for the path of least resistance or make any kinds of compromises. And as far as designs that are really in the realm of art are concerned, these are mostly in the areas of PR stories or micro collections; that’s where you can get away with taking these kinds of liberties.

How would you describe the creative process at Ørgreen?
Something like this: We have a large meeting, in which we try to narrow down from the greatest possible number of themes the one we have in mind. Such as; male/female, large/small, acetate/titanium and so on. And then we come up with sketches, for example those by Greger, who happens to be one of the worst sketch artists ever, but somehow always manages to convey his grandiose ideas to us. Then we schedule some more additional meetings, usually between myself and Tobias, who will bring some more concrete drafts on paper. And that’s how we combine the best ideas to create the first prototype, which will then be made directly in Denmark. If that all works out, we follow up in Japan with the fine-tuning.

And how exactly do these other segments such as architecture and automobile design you experience while traveling influence your creative process?
Let’s take the architectural influences: The architecture here in Denmark is renowned for its clean designs, for minimalistic details. So what we end up doing is, staying true to this tradition in principle, but only by principle, because if we followed through on this approach 100 percent, our designs would be pretty damn boring and old-fashioned. In order to avoid that, we implement other influences, like you mentioned already for example from our travels; especially things that are not initially related to eyewear design will yield the best ideas! And as far as automobiles go: Our very first collection was based on a Corvette model from 1956, and that kind of already revealed the DNA behind Ørgreen to a large extend.

The extreme sports segment has also been named as a source of inspiration for you at some points.
Well, of course! You have to imagine that when we started, the entire eyewear segment was a bit over the hill and old-fashioned. The existing companies at the time had not changed anything about their designs or business models for what felt like 100 years. So when we burst in with our new ideas, partially borrowed from the action sports sector, people had to pick their eyes back up off the floor at first! This was the initial launch for a whole new generation of companies. Just like in the action sports and fashion business, we wanted to be among the leading edge when it came to trends and styles, that was just the natural approach for us.

Since these segments are so interesting and influential to you, would you be interested in switching sides for a minute? Like, let’s say someone offered you a chance to design a car…
I’d totally be into designing a car, of course! But unfortunately, the chances of it happening are incredibly slim…

Yes, of course. But let’s finish our thought experiment… would you go for an old school ride?
Oh yeah, my car would be so damn old-school looking, and so incredibly cool! I would definitely take a really old model and give it a complete re-work: Totally in the style of the 1950s and 1960s, when aerodynamics still weren’t a factor and it was all about the look – and take it into the here-and-now, old-school but contemporary! Man, this would be such a fierce racer from the 1950s I would be building there. But I must add that I would really only be ready to do this with a car: designing footwear or a watch would be out of the question for me since I am a firm believer in maintaining your focus: Ørgreen is into making eyewear, not timepieces.

I understand. Let’s settle on a color for the car.
Right now this would probably be a metallic gray.

Are there some customers who have a problem with the fact that you are offering over 400 colorways?
By now there are over 800! And yes, it happens, but that’s also part of the secret to our success. The right design and the right colors are the most important factors of all. We are the only brand employing a full-time color consultant. This enables us to remain two steps ahead of the competition while offering people around the world the kind of color combinations they really want to be wearing.

It actually seems as if the competition likes to draw some inspiration from your color combinations. Do you notice any distinct trends on a national level, meaning that some colors sell better in certain parts of the world?
Oh yes, the most blatant example is right on our doorstep: orange-colored models are selling the best over in the Netherlands!

Is that so?
By all means! Although we really rarely offer orange-colored glasses in our line-up, they always sell extremely well in the Netherlands.

That’s funny. Let’s talk about your 15th anniversary for a second. How will you be celebrating the occasion?
We are planning on two anniversary events, accompanied by a couple of new products. We have already held a kind of anniversary seminar for all the people working with us in one way or another; and there will also be a huge party with people from all over the world on the invite list. And at the recent edition of Mido, we already hosted a small design museum with some highlights from the past 15 years.

Sounds like a complete package. And what do you have in store for the next 5 years?
That’s simple: To kick ass even more. Only those willing to take chances will continue to be able to lead the way in terms of innovation.