From Munich with Love

Shades of Love: How sunglasses from Germany are bringing relief to the Indian mountains

Jürgen Altmann is a solid staple in the Munich scene, having run his Aroma Kaffeebar coffeehouse in the popular Glockenbach district for over 14 years now. But beyond gourmet coffee, the 47-year-old still has a dream. It’s a dream connected to two rugged fruit crates bolted to the walls of his café. This is where Jürgen is collecting salvage sunglasses from patrons for his “Shades of Love” project aimed at helping people in a remote mountain region in India. Their eyes are suffering tremendously from intense sunlight, and sunglasses are practically nonexistent out there. 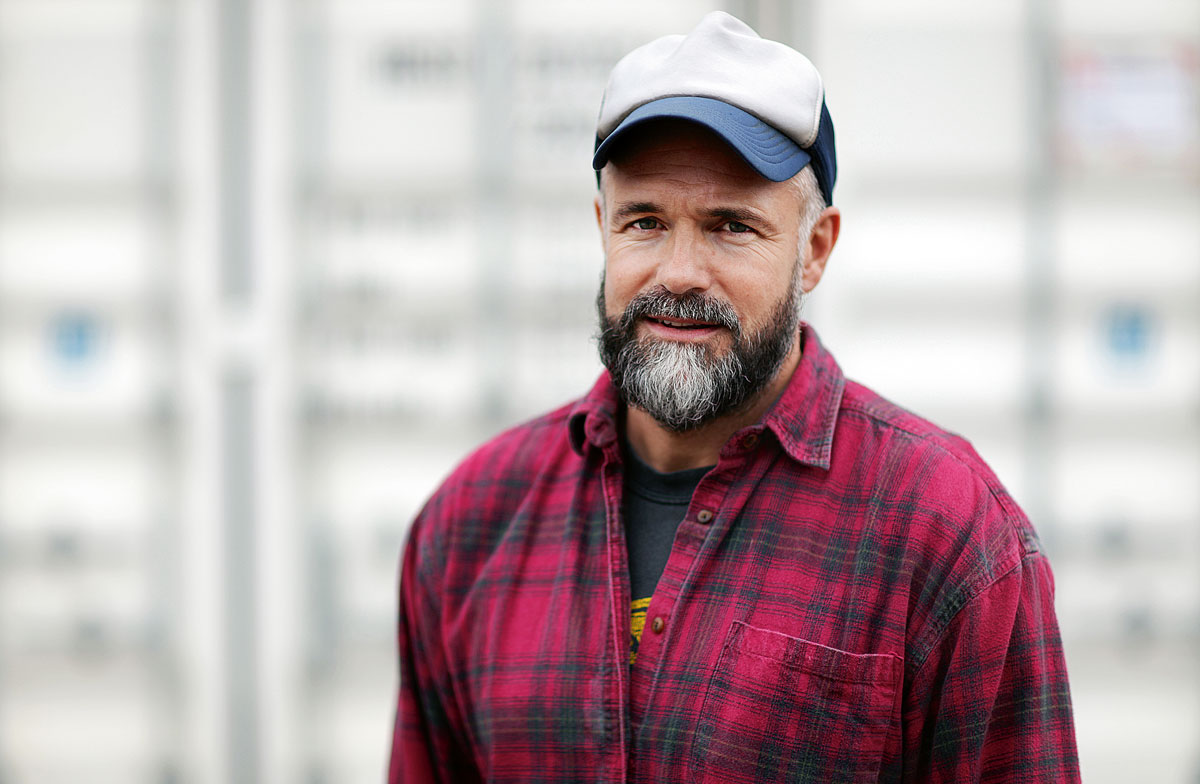 Hello Jürgen, how does a coffee shop proprietor from Munich end up collecting sunglasses for the inhabitants of a remote region that’s 6,000 kilometers away in Northern India?
This all happened by accident in 2004, when I took some time off from my café to work for a relief organization for three months. I had initially planned on helping out in a Tibetan refugee camp, but then I heard about an organization in Ladakh desperately looking for helpers. So I took the journey, although I had never heard of this region in Northern India before.

Ladakh is not really a name you’ll hear around Germany that frequently. What did you see once you got there?
First of all, I had to make my through India for an entire week; that’s how long it took me from the Delhi airport to my destination. This was not because of Ladakh’s location in the upper North of India on the border to Tibet, but due to the average speed on the roads, which is barely above walking speed. The region is a rough and bare stone desert on the foothills of the Himalayas. You can count yourself lucky if you come across a paved road out there. 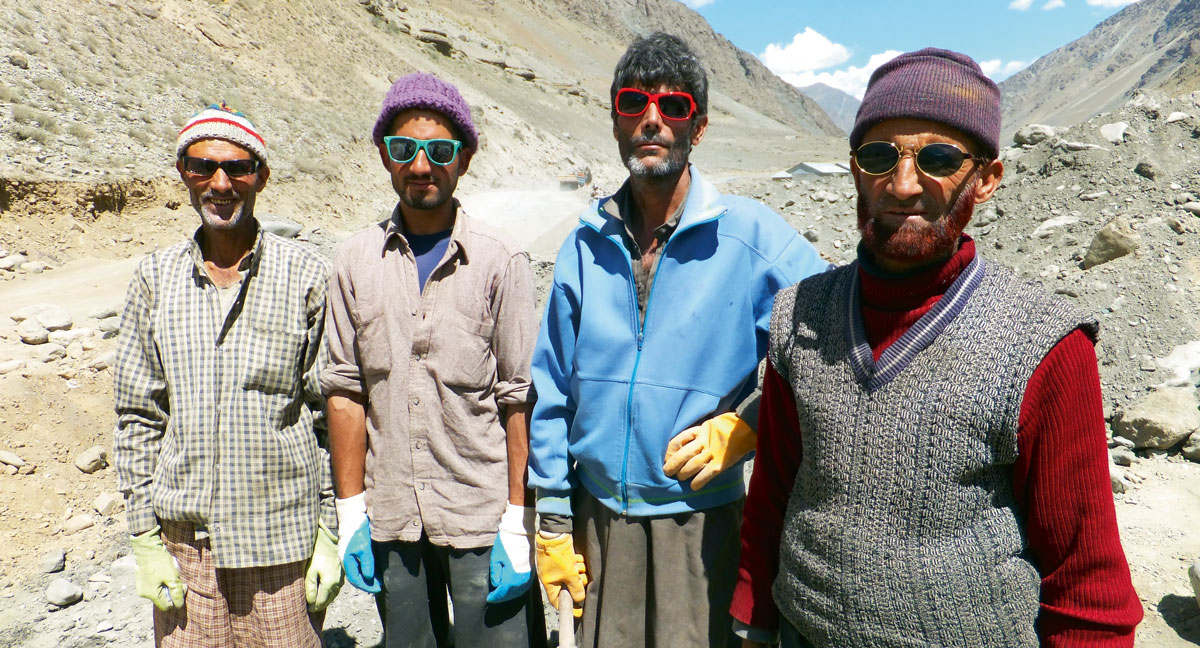 Why did you choose to collect sunglasses for the people there, out of all other means of relief?
During my work for the relief organization I travelled to mobile hospital outposts in the most remote valleys. In the process, I saw what rays from the sun are doing to people’s eyes there. The inhabitants permanently dwell in the high mountains at altitudes between 3,000 and 5,000 meters.

What are the main effects of extreme sun radiation?
The first thing you’ll notice is that practically everyone’s eyes are constantly red and irritated. This ultimately leads to glaucoma or cataract, and in the worst cases people can lose their eyesight. Sunglasses provide an effective means of prevention. 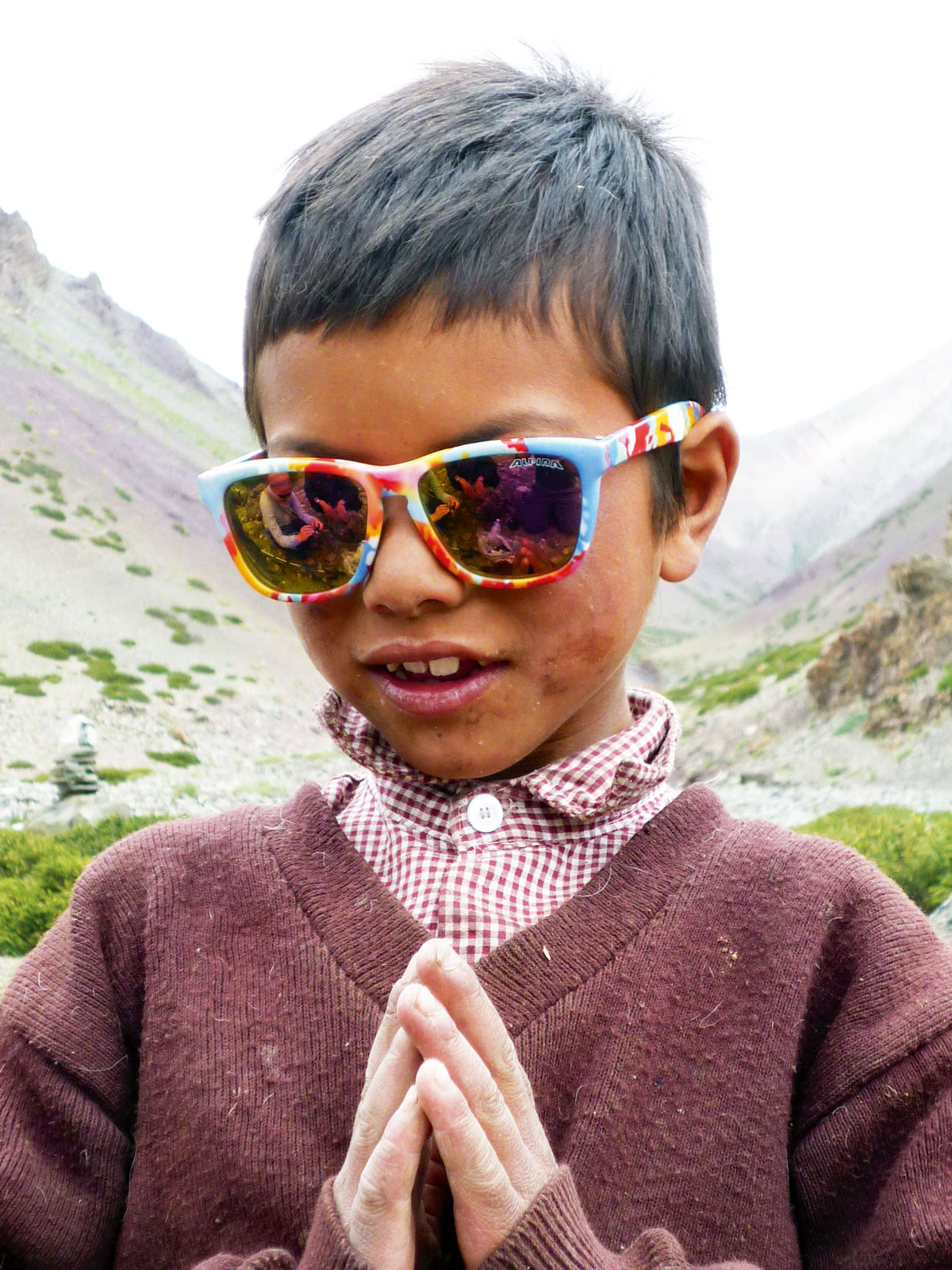 But if these eye problems are due to extreme sunrays at high altitudes, then people in other regions of the Himalayas must be suffering as well, right?
Correct, but you have to start somewhere. So once Shades of Love gets going the way I dreamed it then someday we’ll also be collecting for the people in Nepal or Tibet.

Do you have encounters where you need to convince the locals to use the sunglasses? They have been living for hundreds of years without sunglasses…
Absolutely. Sometimes I will meet people who have no idea what eyeglasses even are. Then it’s time to draw diagrams or explain with gestures the effects of sunrays. Because English will not get you far in these parts… Some people will refuse to take the new glasses off once they try them, others are skeptical and just put them in their pocket at first. A pair of sunglasses is not an everyday sight out there. And let’s not forget that many people are dealing with an entirely different set of problems. It’s primarily about survival for them, then about their health. 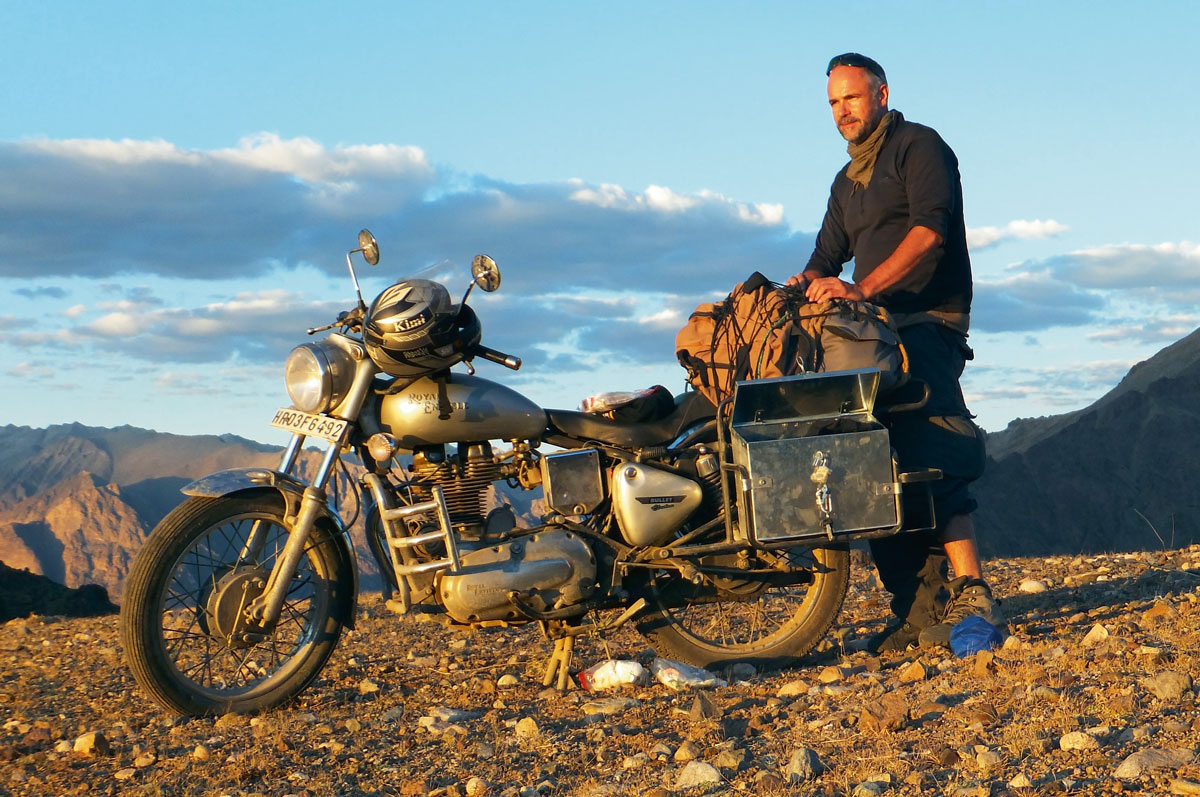 How many pairs of sunglasses have you brought to Ladakh so far?
About 700 and I handed out every single pair myself.

You distribute the glasses all by yourself?
Exactly. So far, Shades of Love was my solo project. I collected the sunglasses, flew to India, hooked up a motorbike and kept handing them out until I ran out. In 2009, I was on the road with 300 pairs for a month. In 2011 it was 400 pairs in five weeks. Most people are really delighted when I pull over and grab a pair glasses from my satchel. Oftentimes they will express their gratitude with a cup of tea or some homemade yoghurt. One time a woman even performed a dance for me. Another time I was completely misunderstood. I saw to women working in a field and decided to stop. But when I approached, they started running off in a panic. I guess they were more scared of me than of the sunglasses.

What’s the response in customs when you enter the country with 300 pairs of sunglasses?
That wasn’t a problem at all, they easily fit into my hand luggage and no one noticed.

Do you plan to continue Shades of Love as a one-man-team?
Absolutely not. The project has been gaining so much attention lately that I’ve collected almost 2,000 pairs of sunglasses in the past half year. These kinds of quantities are impossible to handle just by myself. My ideal vision for the project, next to donations from private individuals would be support from eyewear manufacturers with inventory, so I could send shipments of around 10,000 pairs to India twice a year to be distributed locally.

How far removed from this plan are you at this point?
With the Tibetan Healthcare Center in India I have already secured a partner to handle the distribution on-site. And I’ve also talked to a variety of eyewear manufacturers and have received almost univocally positive responses so far. I’ve already been offered an entire container of sunglasses that are out-of-date. But since we have yet to figure out transportation logistics to India, unfortunately I had to turn it down. I guess these glasses ended being destroyed. And we are also dealing with the cleaning problem…

What do you mean by that?
In fact, all collected glasses should be cleaned from dirt and possible bacterial build-up. This is achieved through a so-called ultrasonic bath; otherwise you’ll end up possibly exporting disease agents to India. I’ve only recently learned about this at an optician tradeshow in Munich, and I’ve been looking for a sponsor to handle the cleaning ever since. This was clearly not on my mind when I started Shades of Love.

Jürgen, we wish you all the best for Shades of Love. You can definitely count on our fullest support.