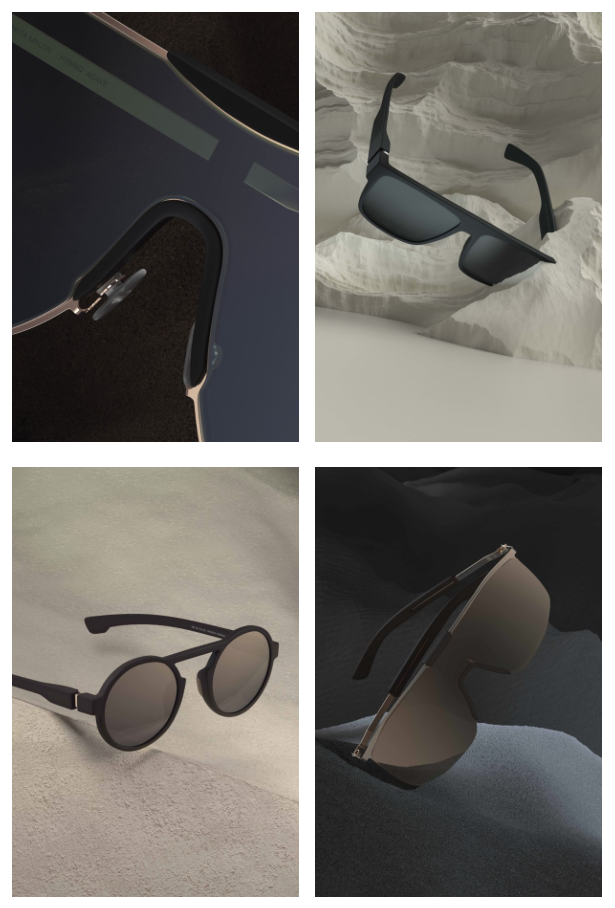 Abstract spaces inhabited by objects captured in fantastic detail under theatrical lighting– the new MYKITA MYLON campaign journeys into hyperreality. Using entirely computergenerated imagery (CGI) the distinctive material, construction and texture of MYKITA MYLON is illustrated at a level of detail that goes beyond the possibilities of photography.

The evolution of the MYKITA MYLON frames began with a new production process: Selective Laser Sintering enables the creation of objects in every possible geometrical configuration. MYLON is made from fine polyamide powder fused into solid objects using a 3D printing technology called Selective Laser Sintering. The fine powdery particles that make up the otherworldly backdrop in the campaign are also a nod to the MYLON material and method.

The MYKITA MYLON campaign was developed with Berlin interdisciplinary design studio Colors And The Kids (CATK).

Introducing BAARS – Less is MoreBrands, News, Press, Stills
We use cookies to ensure that we give you the best experience on our website. If you continue to use this site we will assume that you are happy with it.OkData Protection