Gernot Trebsche points out the technical highlights of the Genus collection

Before Austrian-born Gernot Trebsche joined Bushnell Perfomance Optics as their General Manager, he mainly applied his talents handling marketing and product management for major athletic brands. In this EYEWEAR feature, the passionate alpine sports enthusiast, triathlete and Harley Davidson fan reveals some rare facts about the Serengeti brand and their new Genus collection. For instance, did you know that both the frames and lenses have been crafted from ultra-light Trivex material, while the lens tone adapts to different weather situations? Or that Elton John rose to superstardom thanks to his extravagant eyewear models, and Denzel Washington scored an Oscar award wearing a pair of Serengeti shades? It’s all here – prepare to be amazed! 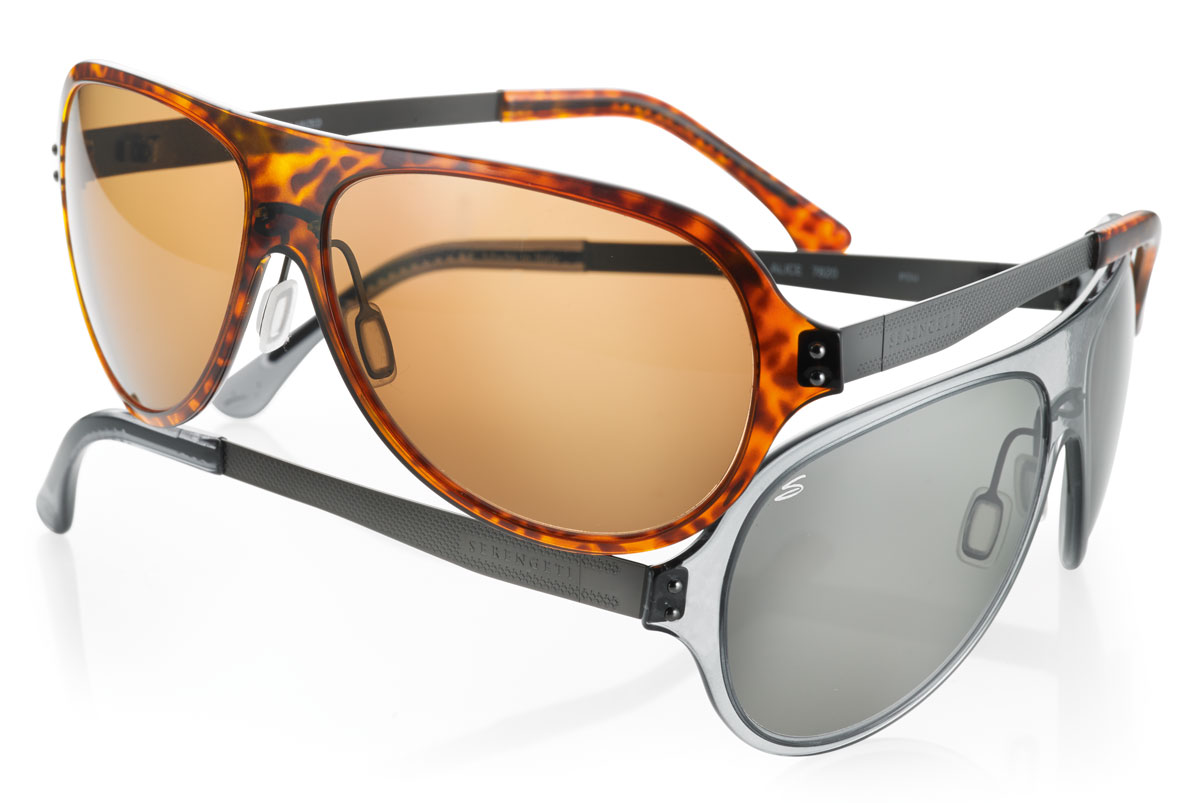 Gernot, are you near- or far-sighted?
As far as my eyesight is concerned, I’m near-sighted. But otherwise, I’m hoping to cultivate a certain kind of broad outlook on things.

What sets Serengeti eyewear apart from other brands in terms of quality?
The standouts are clearly Serengeti lenses and the technologies embedded within the glass. Crafted from Corning® borosilicate, the lenses are hardened chemically to make them more resistant to shock and scratches. In the next step, they are ground and polished to perfection with a diamond wheel in order to remove all irregularities on a microscopic level. Finally, each lens is inspected by laser to guarantee outstanding clarity. In following, the lenses will undergo Serengeti’s proprietary Hydrogen Firing Process. The hydrogen-fueled Lehr furnace embeds the glass blank with photochromic technology and activates Serengeti’s exclusive Spectral Control properties, while the ultra-high temperature is a major factor for the color of the lenses. Our lenses are among the best on the market; up to 20% thinner and lighter than others.

Next to substantial additions to your women’s line, the new Genus collection added five new models this year. What’s the story behind the collection?
For our new Genus collection, we leveraged the advantages of Trivex not only in our lenses, but also in our frames. They are crafted from Trivex infused with nitrogen, making the material flexible enough to allow for bending and twisting the frames without any risk of causing any pesky pressure marks on the wearer’s head.

Speaking of wearers, who do you picture wearing the Genus collection?
The pieces of the collection are offered in three or four frame colors, respectively, and three lens variations. Overall, I would say that fashion-conscious people will opt for Serengeti glasses; people who value style as much as quality and technology.

Serengeti lenses offer photochromic properties, allowing the lenses to instantly adapt to changing light conditions. This has won Serengeti a Silmo d’Or Award. How does it work?
Every Serengeti lens features three technologies that control the way in which light interacts with the glass. Thanks to its photochromic properties, the glass can adapt to changes in light levels, while Spectral Control will filter out certain colors within the visible light spectrum, unlocking the highest levels of clarity, contrast and depth of field. Our third technology, the polarization filter, minimizes surface glare and significantly reduces eyestrain. Brighter light conditions will make the molecules within the lenses expand, thereby darkening the tone. When there is less light, the molecules contract and separate, allowing more light to pass through the glasses.

Which Serengeti model has been the most successful?
The most successful one so far has been the “Augusto” from our Flex-Series. But judging by current numbers, this year the “Duccio” and “Nunzio” from our Genus collection are the clear bestsellers so far. As far as the length of their product life cycle goes, our two pilot shades, the “Large Aviator” and “Small Aviator,” are leading the pack. Both of these models are truly timeless and have been an indispensible part of our line-up for a long time now. By the way, they are worn by Denzel Washington in the movie Flight in his role as a pilot for which he won an Oscar.

Spectacles used to be considered medical equipment, but nowadays even people with perfect eyesight will sport glasses. What’s your take on the rise of eyewear as a fashion item?
Glasses have become a fashion statement. Whether it’s Justin Bieber’s nerd glasses, or Lady Gaga and her extravagant sunglasses. Superstars have always been leading the way by complementing their look with some eyewear. As early as the 1950s, Buddy Holly – who admittedly really did suffer from impaired eyesight – unleashed a trend with his glasses, which is still “of the moment” even today. Or just think of the legendary eyewear creations pioneered by Elton John, for which he became famous.

What’s an absolute “no-no” when it comes to eyewear?
Eyewear or glasses with inferior quality are a clear no-no. Especially when it comes to sunglasses, utmost protection from damaging radiation is the most important factor. Some people are willing to spend more money on sunscreen than on their glasses. This is where the public definitely needs to be educated a lot more.

When actors portray a teacher, doctor or architect, they will often resort to wearing glasses. Do glasses have intelligence-enhancing properties?
No, that’s merely based on prejudice. Someone once told me that this rumor goes back to an era when only financially endowed people were able to afford glasses. And thanks to their privileged economic position, they also had access to higher education back then.

What are the most important requirements for starting a successful eyewear label?
Well, to get into that would take more space than we have in this interview. Success is dependent on such a great number of factors. You have to be able to spots trends and feed the demand. The quality has to be right, and price also plays a role. Successful sell-in and great service are also important. Then there’s also the image of a brand. What’s the direction, how about the brand philosophy and the intended target group? For instance, young brands need to be cool and functional, while Serengeti is more classic and sports-oriented.

What kind of styles can we expect from Serengeti in the future?
Serengeti will continue to become more and more fashion-oriented with a stronger focus on implementing current trends. That’s also why we have moved our product management to Paris, the capitol of fashion.